So, maybe you are here because you are trying to break the pattern in a bad relationship. Or you might be looking to read about the relationships between characters in Breaking Bad the TV series. We are going to combine both in this short article.

Heisenberg killed 201 people in Breaking Bad but even he isn’t too tough to handle a bit of couples counselling. We think with such a death count he is beyond the help of a therapist, but his real life alter ego Bryan Cranston doesn’t shy away from the effectiveness of a small dose of couples counselling every now and then.

Heisenberg is the good family man turned extremely bad guy and his relationships with his wife and son quickly go downhill with the lies and stress involved in the escalating madness of his unexpected secret and dangerous life as a drug dealer.

In a relationship a few small white lies can quickly grow into a much bigger problem if the situation being lied about becomes your whole life. Talking and opening up about feelings a little more might have saved Walter White from becoming Heisenberg but the way he deals with things often comes from the habitual everyday dance in his relationship with Skyler that has been established over many years together.

The key to a healthy relationship is to make sure the everyday workings of the connection between the couple involves healthy habits and each person having an awareness of their own behaviour.

Loved up while drugged up

People often think of drug addicts as violent criminals tearing up society with difficult to watch bumbling behaviour. Breaking bad explores Jesse and Jane’s relationship by showing the affection between the two characters and genuine love in the midst of hardcore drug use. Couples with strong addictions can find it challenging to give up the addiction because they are often both in it together and pulling two people away from that super glue tight behaviour challenges even the best therapist.

Jesse and Walt share the most compelling relationship in breaking bad. Driven by a need to work together for selfish reasons Walt and Jesse are the definition of a personality clash. Somehow through need and desperation a bond forms that is compelling to watch. A dash or two of love flutters past between spells of extreme hatred but through necessity the bond remains.

It is common for a relationship between two people to involve some pain and anger. Trying to resolve the problem or escape the situation is difficult even when the bond is much less necessary than Jesse and Walt’s. If talking doesn’t work seek out a relationship counsellor if things are still salvageable.

Sometimes you just have to jump ship, being a couple isn’t always for life. Think before you become attached to a person you begin to resent. Talk, listen and be self aware and compassionate enough to not become the next Heisenberg yourself. 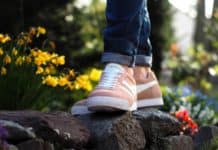 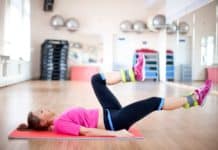 © Copyright 2017 www.justifyingfun.com We are a participant in the Amazon Services LLC Associates Program, an affiliate advertising program designed to provide a means for us to earn fees by linking to Amazon.com and affiliated sites